The day we have been waiting for is finally here! Come recognize this momentous occasion: Judge Jackson becoming Justice Jackson!

Saturday, April 9, 12-4 PM for an unveiling of a mural of Justice Jackson and a block party to celebrate:

Hope to see you there-it’s time to celebrate!

While the judiciary may be more educated now about sexual harassment and discrimination in its midst, and have iterated their internal procedures, complaints by employees of the judiciary continue. Congress held hearings in March on the Judiciary Accountability Act, in which witnesses testified about the continued lack of transparency, due process, and unbiased adjudication. It seems ironic that the very branch that dispenses justice can’t get this policy change right for itself.

Read this first person account of a former clerk who submitted a statement: https://slate.com/news-and-politics/2022/03/judiciary-accountability-act-harassment-lawsuits.html

Our Letter to the Senate Judiciary Committee

Here is the letter we sent to all the Members of the Senate Judiciary Committee to strongly support Judge Ketanji Brown Jackson.  You can help. Please contact your Senators and urge them to confirm her.  It could have an impact. 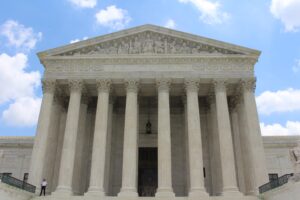 Finally, some good news in the fight against sexual harassment and assault.

The Senate (and previously, the House) have passed the Ending Forced Arbitration of Sexual Assault and Sexual Harassment Act with bipartisan votes.  The bill was introduced in the Senate 5 years ago by Sen. Kirstin Gillibrand and Sen. Lindsey Graham and will move on to President Biden who has indicated that he will sign it.

No longer will victims be forced to bring their grievances to arbitration, freeing them to go to court if they choose. We also owe a tremendous debt to Gretchen Carlson for this legislation.

We note, however, that forced Non-Disclosure Agreements are not addressed in this legislation.

Read more in these articles:  NPR or Washington Post.