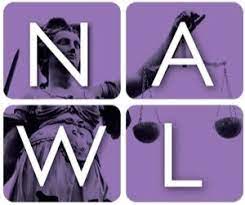 Led by Women Lawyers On Guard, National Association of Women Lawyers and the Women’s Bar Association of the District of Columbia, and submitted by Willkie Farr & Gallagher LLP as counsel for amici, the brief lays out what is at stake if the Supreme Court overturns or weakens Roe.  Women and their families, including women attorneys, have relied heavily on the constitutional guarantee of the ability to decide whether to have an abortion when exercising autonomy over their lives, health, families and futures. Loss of the rights guaranteed by Roe and Planned Parenthood v. Casey would decimate women lawyers’ ability to advance their careers and achieve gender parity in the legal field.

Co-leads of this brief issued this joint statement regarding the brief:

Women Lawyers On Guard Inc.: “Women Lawyers On Guard is proud to co-lead this amicus brief explaining why the Supreme Court should uphold Roe and Casey under the doctrine of stare decisis.  A key factor of the stare decisis analysis is societal reliance.  Women’s reliance on the reproductive rights guaranteed by Roe and Casey has forever changed society and enabled women to make great strides in the fight to achieve equality.  But even with reproductive freedom, progress toward gender parity in the legal profession has been agonizingly slow.  Women attorneys often pay a price for having children and many of them leave the legal profession altogether due to childcare responsibilities.  This cost is largely borne by women, not men.  If women lose the ability to plan their families, all of these gains will quickly be in serious jeopardy.  Roe and Casey must be upheld because they were correctly decided and because we simply cannot go back to a time where women have no freedom to make intimate decisions about their own bodies and lives,” said Cory Amron, President, Women Lawyers On Guard; Elaine Metlin, Co-chair, Amicus Committee, Women Lawyers On Guard.

Willkie Farr & Gallagher LLP, counsel for amici: “We are proud to partner with these leading organizations supporting women in the legal profession and to bring the unique perspective of women lawyers and law students to the critical issues at stake in this case,” said Heather Schneider, partner at Willkie and lead counsel on the brief.

“This case raises serious issues that significantly affect women’s constitutional rights and the advancement of women attorneys. We hope our brief sheds light on the impact of this case on women in the legal profession,” said Mia Guizzetti Hayes, counsel at Willkie and counsel of record on the brief.

The brief specifically highlights the central role that Roe’s and Casey’s constitutional right to bodily autonomy has played in the advancement of women in the law, as well as the steep hurdles still faced by female lawyers generally—and especially female lawyers of color and those with children—that will only become harder to surmount if that right were revoked or weakened.  While it is true that there are many more women lawyers and judges today than there were when Roe and Casey were decided, there is still discrimination against women—especially mothers and women of color—in the legal profession. For example:

The amicus brief is also signed by nearly 30 other organizations dedicated to supporting women lawyers and law students.

Women Lawyers On Guard Inc. (WLG) is a national, non-profit organization that seeks to harness the power of lawyers and the law to preserve, protect, and defend the democratic values of equality, justice, and opportunity for all.  WLG focuses on securing the equal treatment of women by challenging laws and practices that discriminate against women, including gender-based violence and harassment and attempts to curtail women’s reproductive rights.  https://womenlawyersonguard.org/

The mission of the National Association of Women Lawyers is to provide leadership, a collective voice, and essential resources to advance women in the legal profession and advocate for the equality of women under the law. Since 1899, NAWL has been empowering women in the legal profession, cultivating a diverse membership dedicated to equality, mutual support, and collective success. To advance its mission, NAWL participates as amicus curiae before the United States Supreme Court and other federal courts in cases pertaining to women’s equal treatment under the law. https://www.nawl.org/

Women’s Bar Association of the District of Columbia

The Women’s Bar Association of the District of Columbia (“WBADC”) is one of the oldest women’s bar associations in the country.  Since 1917, it has advocated for the advancement of women in the profession and upheld its mission to maintain the honor and integrity of the legal profession, promote the administration of justice, advance and protect the interests of women lawyers, promote their mutual improvement, and encourage a spirit of friendship.  As an organization, WBADC is a catalyst for women helping women, and in support of its mission, it participates as amicus curiae before the Supreme Court of the United States and other courts throughout the nation to advocate for women in the legal profession and women’s rights more broadly. https://wbadc.org/